Very few would have considered purchasing a crumbling and decrepit 1890 Victorian townhome. But Lindsey Branca and her partner (both in business and in life), Mike Grosshandler, saw what most didn’t: opportunity. 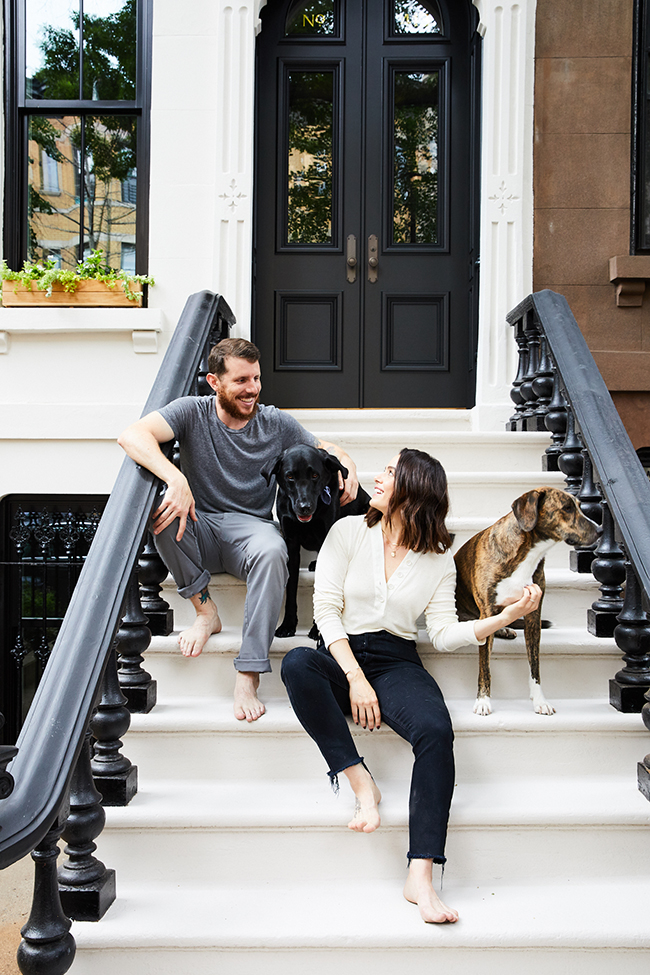 After a sweeping renovation that included collapsing plaster and a complete layout change, this townhome – located in trendy Park Slope, Brooklyn – went from a deteriorated state to downright stately.

“When we purchased the home, we were on the hunt for a ‘mess’ that would provide the most opportunity,” says Branca. 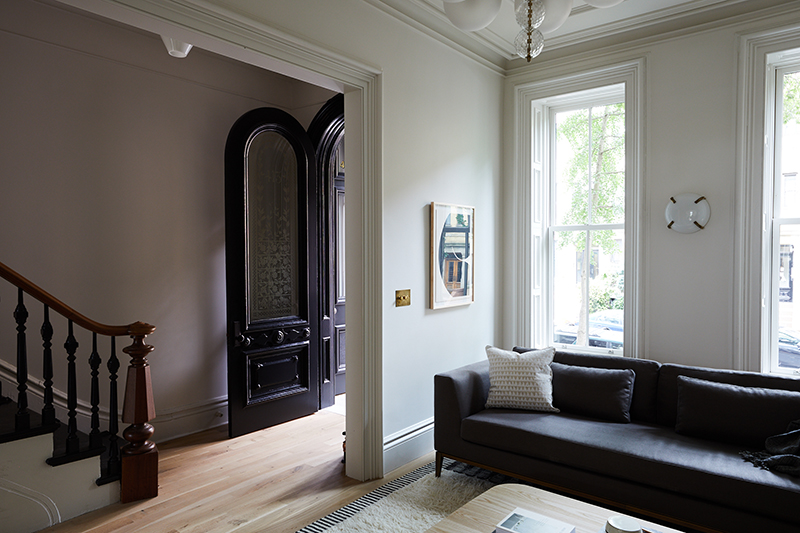 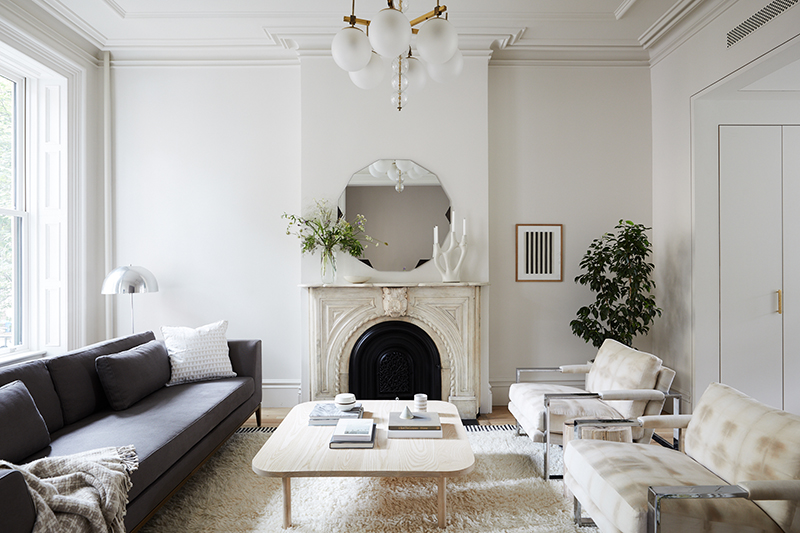 The opportunity they saw in this home was a “hidden” second floor not visible from the street – a very rare find in the New York City real estate scene. This hidden second floor brought a whole treasure trove of extra square footage, including an extra floor of bedrooms. 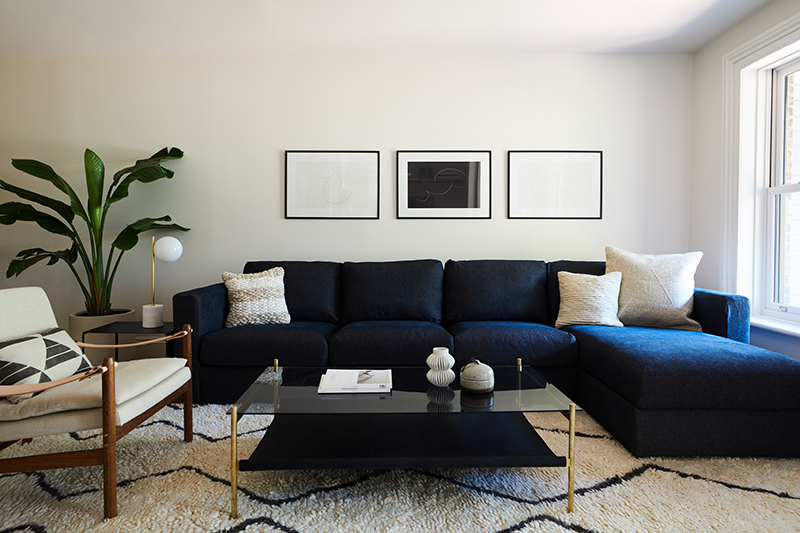 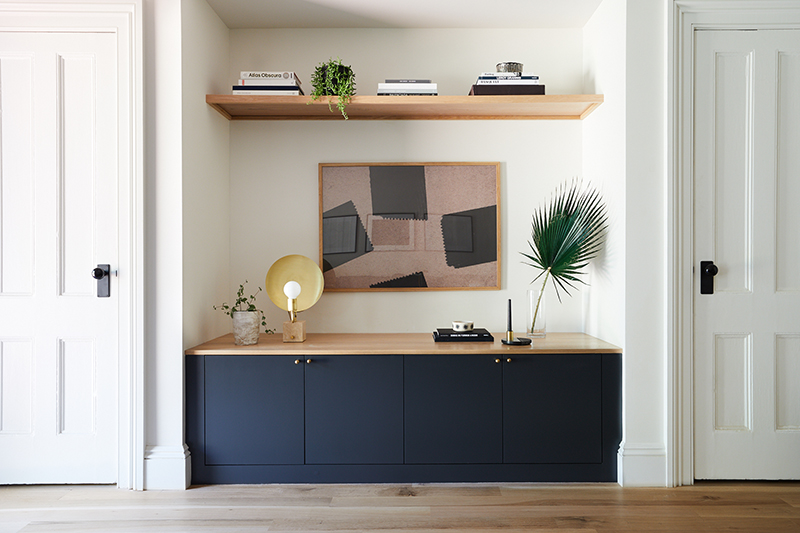 Although the renovation was a complete overhaul, which involved removing a bedroom downstairs, taking out a bathroom, and removing an extra kitchen from its days of multifamily use, the project only took Branca’s restoration company, Branca & Co., around nine months to complete. 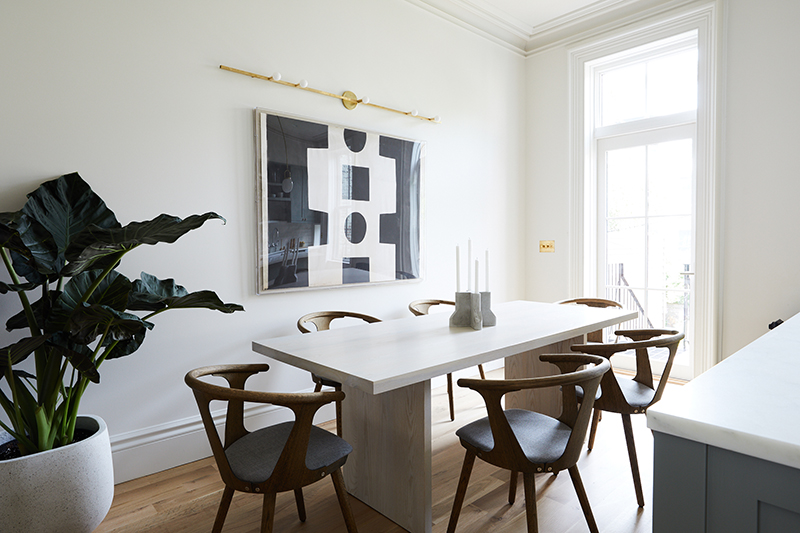 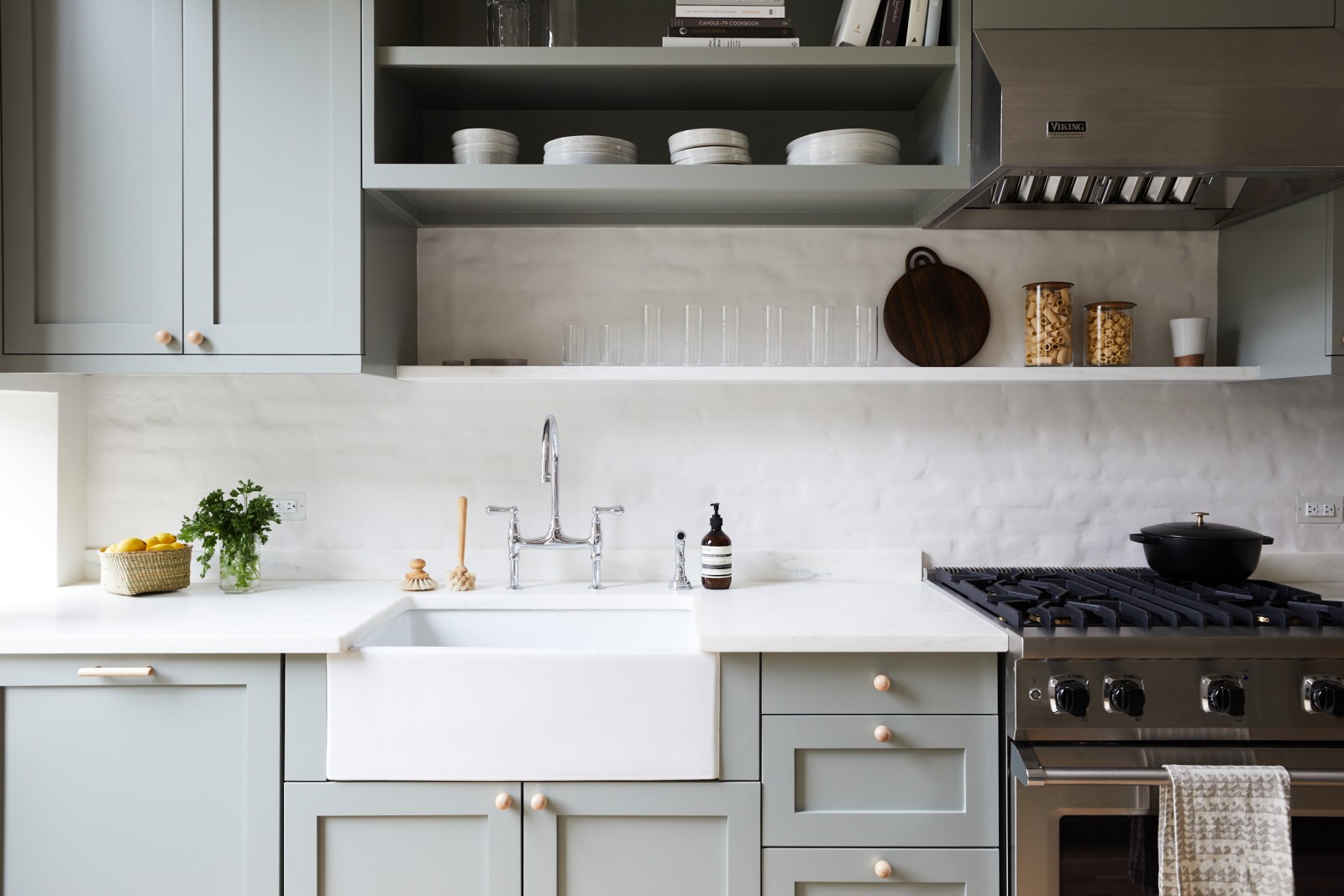 Inside, they transformed damaged carpets and worn-out walls into a sleek and contemporary single-family home.

They kept as much original detail as they could, such as the painstakingly stripped marble mantles, and what they weren’t able to salvage (like the damaged plaster molding), they restored to fit the original design. 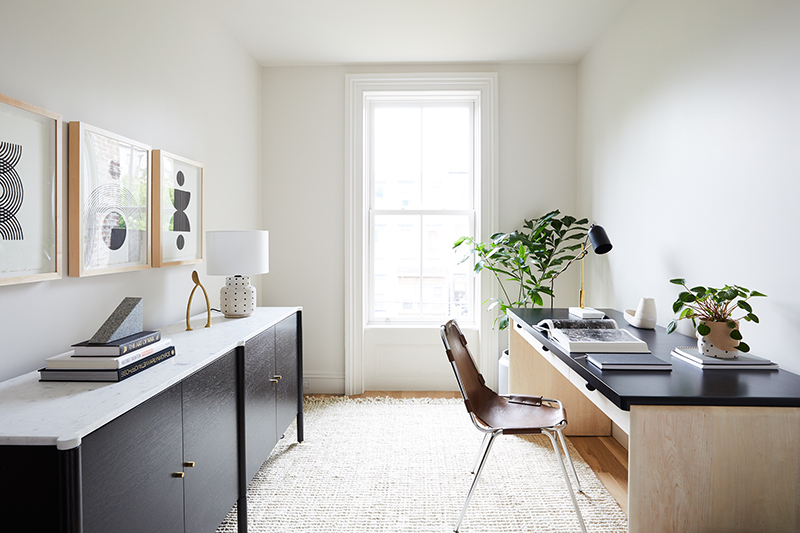 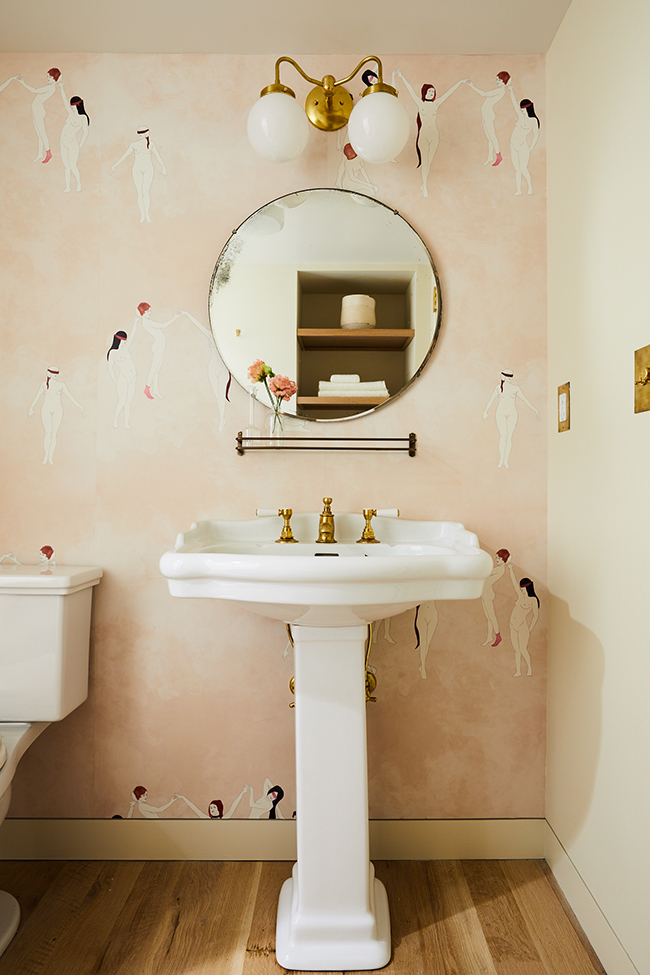 The modern details they added, like white oak plank flooring and an open-concept kitchen with a large island and open shelving, play nicely with traditional details, such as a clawfoot tub and trace ceilings. 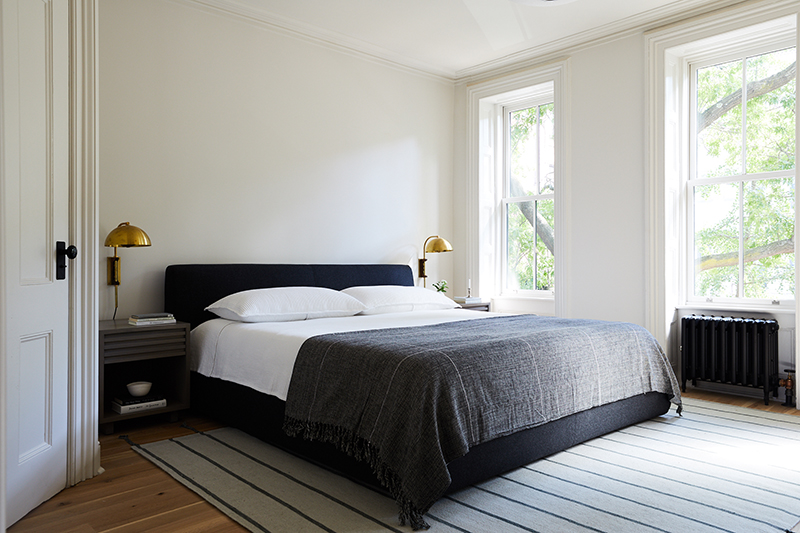 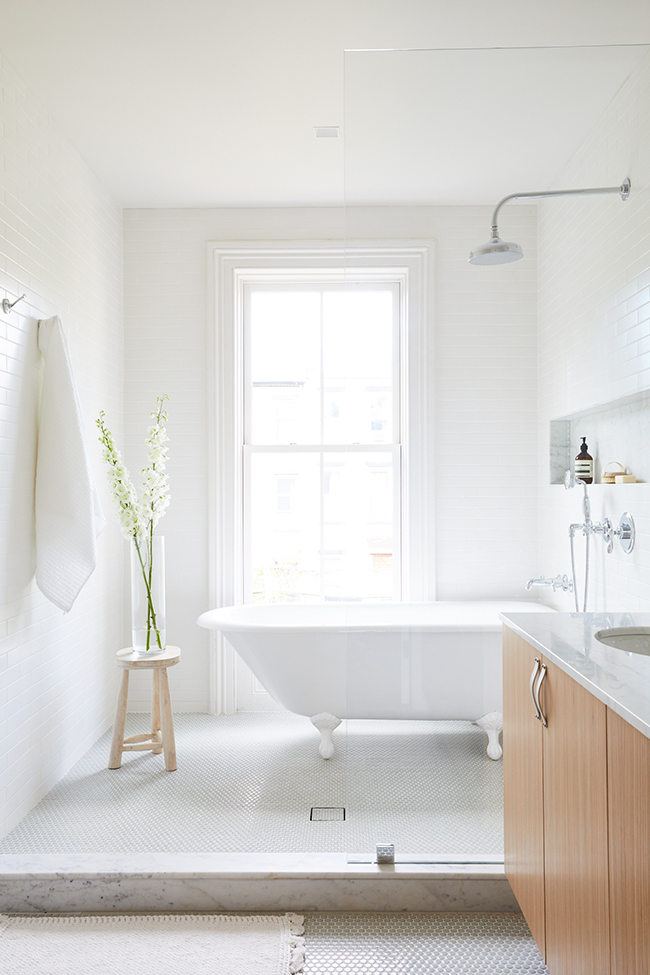 “I’m very happy with the results. We stuck to a very strict budget (one my architect was skeptical we could hit), yet we were still able to produce a really beautiful, thoughtful product,” says Branca.